Biographies of the Secretaries of State: Alexander Meigs Haig Jr. (1924–2010)

Alexander Meigs Haig, Jr. was appointed Secretary of State by President Ronald Reagan and assumed the office on January 22, 1981. He served a relatively short time in office, facing many challenging situations before stepping down on July 5, 1982. 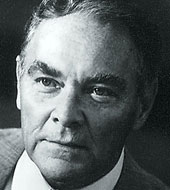 Born and raised in Philadelphia, Haig attended the University of Notre Dame before transferring to the United States Military Academy at West Point. After graduating from the Academy in 1947, he embarked on a long and successful career in the military, serving with distinction in both Korea and in Vietnam.

Upon completing graduate studies at Georgetown University in 1962, he worked at the Pentagon under both Secretary of the Army Cyrus Vance and Secretary of Defense Robert McNamara. In 1969 he became military adviser to Henry Kissinger, and then Deputy Assistant to the President for National Security in 1971. He served as Chief of Staff for Presidents Richard Nixon and Gerald Ford in 1973-74, and then became Supreme Allied Commander in Europe in 1974, a position that he held until he resigned on January 3, 1979. After two years in the private sector, he returned to government service when President Reagan selected him to be Secretary of State.

As Secretary of State, Haig had hoped to restore the Department of State to the dominant position in foreign policy-making that it had lost during previous administrations. However, the United States faced many challenges during the time that Haig served as Secretary of State, including the Soviet presence in Afghanistan, the Solidarity movement in Poland, disputes with the People’s Republic of China over trade and Taiwan, escalating tensions between the United Kingdom and Argentina, and a new round of conflict between Israel, Lebanon, and Syria. He also had to deal with the intra-government turmoil that followed in the wake of the attempted assassination of President Reagan.

Haig did have some diplomatic successes, particularly in regards to relations with China, where he forged a balance that both stabilized relations with the PRC and allowed for the continuation of arms sales to the government on Taiwan.

He also strengthened the NATO alliance and helped to re-orient the focus of U.S. foreign policy back toward the Soviet Union, both of which reflected the overall foreign policy priorities of the Reagan Administration.

Nevertheless, his efforts to broker diplomatic resolutions to the disputes over the Falkland Islands and in the Middle East did not succeed. Throughout his tenure as Secretary, Haig was overshadowed in foreign policy matters by other members of the Administration and was thus unable to fully control the Administration’s diplomatic process. He resigned from office after only 18 months.