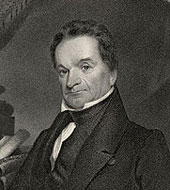 The low priority attached to foreign relations resulted in the open denigration of diplomacy and its practitioners. Secretary of State Edward Livingston himself summarized this widespread attitude, when he wrote that Americans thought of their ministers as privileged characters “selected to enjoy the pleasures of foreign travel at the expense of the people; their places as sinecures; and their residence abroad as a continued scene of luxurious enjoyment.” Congress often reflected a similar view of diplomats as lazy and under-employed. For example, in 1844 the House Committee on Foreign Affairs proposed to make diplomats work harder by assigning ministers to serve more than one country, so that only one minister would be needed to serve Bolivia, Chile, and Peru. In 1859 Representative Benjamin W. Stanton of Ohio said that he knew of “no area of the public service that is more emphatically useless than the diplomatic service—none in the world.”

The practice of the “spoils system,” the award of government appointments in return for political support, reinforced the idea that the Department of State and the Diplomatic and Consular Services were filled with unqualified loafers. President Andrew Jackson believed that “the duties of public officers are . . . so plain and simple that men of intelligence may readily qualify themselves for their performance . . . More is lost by the long continuance of men in office than is generally to be gained by their experience.” Attitudes like this perpetuated both amateurism in government and a disdain for public service. The egalitarian celebration of the common man worked against efforts to improve the quality and status of those who conducted foreign relations.

Some ministers still gained appointment because of their experience and talent. For example, two distinguished historians headed diplomatic missions: George Bancroft (United Kingdom, 1846-49) and John Lothrop Motley (Austria, 1861-67). More often, however, personal wealth, political services, or social position, were the only requirements. Many lacked qualifications—even the most elementary knowledge of diplomatic etiquette. A tale is often told, most likely apocryphal, that in 1830 John Randolph of Virginia actually addressed the Russian Tsar, “Howya, Emperor? And how’s the madam?” 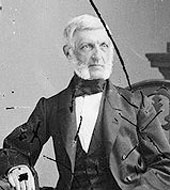 One of the few talented diplomats of the era who made a career in the Diplomatic Service, Henry Wheaton, argued in vain for a professional service that recognized merit and granted tenure to the deserving. Those with necessary qualifications, linguistic skill, awareness of diplomatic forms, and with appropriate experience, should, he thought, “be employed where they can do most service, while incapable men should be turned out without fear or partiality. Those who have served the country faithfully and well ought to be encouraged and transferred from one court to another, which is the only advancement that our system permits of.”

The strains of office, including domestic political criticism, imposed great burdens on most Secretaries of State. One of them, John Clayton of Delaware who served President Zachary Taylor in 1849-1850, noted the consequences: “The situation I have filled,” he wrote, “was . . . more difficult, more thorny and more liable to misrepresentation and calumny than any other in the world, as I verily believe.”