President Nixon and the NSC

The election of President Richard M. Nixon in 1968 led to important changes for the Department of State. Foreign policy had been Nixon’s specialty in Congress and as Vice President under Eisenhower. As President, he fully intended to control foreign policy and make the major decisions himself. He created an activist NSC staff under Harvard Professor Henry A. Kissinger, whom he named as his National Security Adviser. Kissinger and the NSC staff acted as a buffer between the President and his cabinet departments and agencies, analyzing their recommendations and making sure that the President’s interests were protected. Kissinger’s NSC staff analyzed all foreign policy memoranda, which were then approved by Kissinger himself before they went to the President. 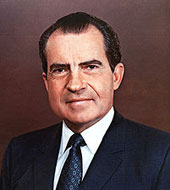 Not surprisingly, President Nixon chose a Secretary of State whom he thought would not challenge him and his NSC staff. Secretary of State William P. Rogers was a former Attorney General under Eisenhower, a lawyer known for administrative and organizational skills, but not for his breadth of foreign policy expertise. The President and Kissinger reserved for themselves the big policy issues: Vietnam, the Soviet Union, China, and strategic arms limitation. They set up special communications channels on these issues unknown to the rest of the bureaucracy, withheld information, and excluded Rogers and other official NSC members from key meetings. Part of the problem was the President’s aversion to large gatherings and his reclusive personality. Kissinger’s penchant for secrecy and his natural rivalry with Rogers and Secretary of Defense Melvin Laird were other contributing factors.