The difficulties of those who conducted the nation’s foreign relations led two of President Jackson's Secretaries of State, Louis McLane and John Forsyth, to undertake another full-scale reorganization of the Department from 1833 to 1836. They instituted a bureau system, under the direct supervision of the Chief Clerk, to permit the orderly conduct of business. The Diplomatic Bureau and the Consular Bureau were the most important of the six new bureaus. 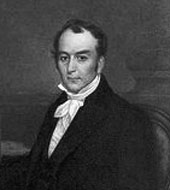 Both bureaus were structured in the same way. In each, three clerks managed overseas correspondence. One clerk was responsible for England, France, Russia, and the Netherlands. Another dealt with the rest of Europe, the Mediterranean, Asia, and Africa. A third communicated with the Americas. A third bureau, for translating and miscellaneous other duties, supported their work. Three other bureaus handled: a) domestic and administrative matters, including archives, laws, and commissions; b) domestic correspondence, Presidential pardons, remissions, and copyrights; and c) disbursing and superintending.

As early as 1846, Secretary of State James Buchanan saw a flaw in the new system and asked Congress to create the position of Assistant Secretary of State, to be filled by an eminent individual with diplomatic expertise. Unfortunately, Congress chose not to authorize the new position until 1853. A second Assistant Secretary position was permitted in 1866. William Hunter, who began his service in the Department in 1829, served as Chief Clerk from 1852 to 1866, when he became the second assistant secretary of state. Hunter held the position until his death in 1886. 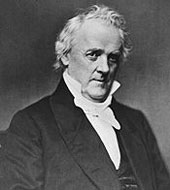 The number of overseas missions increased from 15 in 1830 to 33 in 1860. Most posts were located in Europe or Latin America, with only modest representation in East Asia and the Pacific. Ministers were sent to China in 1843 and Japan in 1859, and a resident commission was established in the Hawaiian Islands in 1843.

By 1860, 45 people held appointments in the Diplomatic Service, a remarkably small staff for 33 separate missions. Some ministers were forced to supplement their staffs by appointing “unpaid attachés,” usually young men of private means who performed some duties in return for an introduction into local society and opportunities for personal study and travel. Total overseas diplomatic expenditures rose from $294,000 in 1830 to $1.1 million in 1860.