The Opening to China Part II: the Second Opium War, the United States, and the Treaty of Tianjin, 1857–1859

Following the First Opium War in the 1840s, the Western powers concluded a series of treaties with China in an effort to open its lucrative markets to Western trade. In the 1850s, the United States and the European powers grew increasingly dissatisfied with both the terms of their treaties with China and the Qing Government’s failure to adhere to them. The British forced the issue by attacking the Chinese port cities of Guangzhou and Tianjin in the Second Opium War. Under the most-favored-nation clause contained in the existing treaties, all of the foreign powers operating in China were permitted to seek the same concessions of China that Great Britain achieved by force. As a result, France, Russia, and the United States all signed treaties with China at Tianjin in quick succession in 1858. 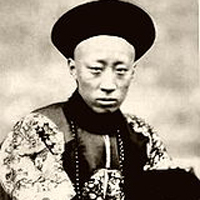 These treaties granted the Western powers a number of rights and privileges. The number of treaty ports increased, with new ports opened to Western trade along the Chinese coast, on the islands of Taiwan and Hainan, and along the Yangtze River in the interior. With the opening of the Yangtze River, foreigners also gained full access to the interior, and were free to travel and conduct business or missions anywhere in China. The British demanded the right of Chinese citizens to emigrate on British ships. British (and therefore, French, American and Russian) diplomats were permitted to establish legations and live in Beijing. The agreements reached at Tianjin also set a new, low tariff for imported goods, giving foreign traders an important advantage. Frustrated by irregularities in Chinese customs services, British and U.S. merchants finally established the Imperial Maritime Customs Service, which regulated trade for the benefit of foreign merchants and provided a steady source of revenue to the Chinese Government.

Although the Chinese signed the treaties in 1858, it took two more years of fighting before the Chinese Government was disposed to ratify them and accept the terms. Noticing Chinese resistance to some of the principle clauses, in particular to the residence of foreign ambassadors in Beijing, the British continued their attacks on Chinese forts. Although the Chinese repulsed an attack on the Dagu forts in 1859, that one victory was not enough to stop the British forces from making their way north to Beijing. Joined by French forces, the British entered the city and burned the Summer Palace in the northwestern periphery, but spared the Forbidden City, home of the Chinese emperor.

While the British and French used military power to convince China to accept the new treaty agreements, U.S. diplomat John Ward sought, and finally achieved through diplomatic negotiations, an exchange of treaty ratifications in 1859. Under the most-favored-nation clause, the U.S. ratification allowed the other powers to take advantage of the treaty provisions of the Treaty of Tianjin secured by American diplomacy.

The agreements reached between the Western powers and China following the Opium Wars came to be known as the “unequal treaties” because in practice they gave foreigners privileged status and extracted concessions from the Chinese. Ironically, the Qing Government had fully supported the clauses on extraterritoriality and most-favored nation status in the first treaties in order to keep the foreigners in line. This treaty system also marked a new direction for Chinese contact with the outside world. For years, the Chinese had conducted their foreign policy through the tribute system, in which foreign powers wishing to trade with China were required first to bring a tribute to the emperor, acknowledging the superiority of Chinese culture and the ultimate authority of the Chinese ruler. Unlike China’s neighbors, the European powers ultimately refused to make these acknowledgements in order to trade, and they demanded instead that China adhere to Western diplomatic practices, such as the creation of treaties. Although the unequal treaties and the use of the most-favored-nation clause were effective in creating and maintaining open trade with China, both were also important factors in building animosity and resentment toward Western imperialism.