Japanese-American Relations at the Turn of the Century, 1900–1922

In the first two decades of the twentieth century, the relationship between the United States and Japan was marked by increasing tension and corresponding attempts to use diplomacy to reduce the threat of conflict. Each side had territory and interests in Asia that they were concerned the other might threaten. U.S. treatment of Japanese immigrants, and competition for economic and commercial opportunities in China also heightened tensions. At the same time, each country’s territorial claims in the Pacific formed the basis for several agreements between the two nations, as each government sought to protect its own strategic and economic interests.

At the turn of the century, U.S. and Japanese interests appeared to be aligned. Both nations supported the idea of an “open door” for commercial expansion in China. After the Russo-Japanese War of 1904–05, U.S. President Theodore Roosevelt acted as a mediator at Japan’s request, and the two sides of the conflict met on neutral territory in Portsmouth, New Hampshire. In the same year, U.S. Secretary of War William Howard Taft met with Prime Minister Katsura Taro in Japan. The two concluded the secret Taft-Katsura Agreement, in which the United States acknowledged Japanese rule over Korea and condoned the Anglo-Japanese alliance of 1902. At the same time, Japan recognized U.S. control of the Philippines.

In the years that followed, however, tensions rose over Japanese actions in northeast China and immigration to the United States. In 1905, the Japanese started to establish more formal control over South Manchuria by forcing China to give Japan ownership rights to the South Manchurian Railway. The Japanese used this opening to make further inroads into northeast China, causing the Roosevelt Administration concern that this violated the ideals of free enterprise and the preservation of China’s territorial integrity. Simultaneously, leading Japanese officials expressed frustration with the treatment of Japanese immigrants in the United States. A U.S.-Japanese treaty signed in 1894 had guaranteed the Japanese the right to immigrate to the United States, and to enjoy the same rights in the country as U.S. citizens. In 1906, however, the San Francisco Board of Education enacted a measure to send Japanese and Chinese children to segregated schools. The Government of Japan was outraged by this policy, claiming that it violated the 1894 treaty. In a series of notes exchanged between late 1907 and early 1908, known collectively as the Gentlemen’s Agreement, the U.S. Government agreed to pressure the San Francisco authorities to withdraw the measure, and the Japanese Government promised to restrict the immigration of laborers to the United States. 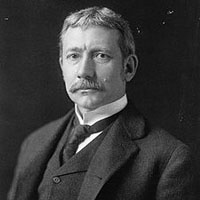 With the immigration problem temporarily settled, the two countries met to provide mutual reassurances about their territories and interests in East Asia. In 1908, U.S Secretary of State Elihu Root and Japanese Ambassador Takahira Kogoro formed an agreement in which Japan promised to respect U.S. territorial possessions in the Pacific, its Open Door policy in China, and the limitation of immigration to the United States as outlined in the Gentlemen’s Agreement. The Government of Japan redirected its labor emigrants to its holdings in Manchuria, maintaining that these were not a part of China. For its part, the United States recognized Japanese control of Taiwan and the Pescadores, and the Japanese special interest in Manchuria. By reiterating each country’s position in the region, the Root-Takahira Agreement served to lessen the threat of a misunderstanding or war between the two nations.

This series of agreements still did not resolve all of the outstanding issues. U.S. treatment of Japanese residents continued to cause tension between the two nations. The Alien Land Act of 1913, for example, barred Japanese from owning or leasing land for longer than three years and adversely affected U.S.-Japanese relations in the years leading up to World War I. Economic competition in China, which the United States feared would result in increasing Japanese control, was another issue that increased tensions between the two nations. In 1915, the Japanese issued its “Twenty-One Demands” of China, in which it asked that China recognize its territorial claims, prevent other powers from obtaining new concessions along its coast, and take a series of actions designed to benefit the Japanese economically. China turned to the United States for assistance, and U.S. officials responded with a declaration that they would not recognize any agreement that threatened the Open Door. Although this was consistent with past policies, this announcement was of little use to the Chinese. However, President Woodrow Wilson was not willing to take a stronger stand given his need for assistance in protecting U.S. interests in Asia, addressing the growing conflict in Europe, and managing racial issues in California. 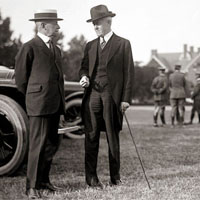 The potential for conflict between the United States and Japan, especially over China, led the two governments to negotiate yet again. In the Ishii-Lansing Agreement of 1917, Secretary of State Robert Lansing acknowledged that Manchuria was under Japanese control, while Japanese Foreign Minister Ishii Kikujiro agreed not to place limitations on U.S. commercial opportunities elsewhere in China. The two powers also agreed not to take advantage of the war in Europe to seek additional rights and privileges. Though non-binding, Lansing considered the agreement an important measure in promoting mutual interests in Asia, but it proved short-lived. Ultimately, the two nations agreed to cancel the Ishii-Lansing Agreement after concluding the Nine-Power Treaty, which they signed in 1922 at the Washington Conference.

Japan and the United States clashed again during the League of Nations negotiations in 1919. The United States refused to accept the Japanese request for a racial equality clause or an admission of the equality of the nations. In addition, the Versailles Treaty granted Japan control over valuable German concessions in Shandong, which led to an outcry in China. This coupled with the growing fear of a militant Japan, contributed to the defeat of the League Covenant in the U.S. Senate. The persistent issues preventing accommodation continued to be racial equality (especially with regard to the treatment of Japanese immigrants in the United States) and differences in how to address expansion in Asia. In spite of the many efforts to reach agreements on these points, by the early 1920s Japan and the United States were again at odds.